[full translation not completed yet] 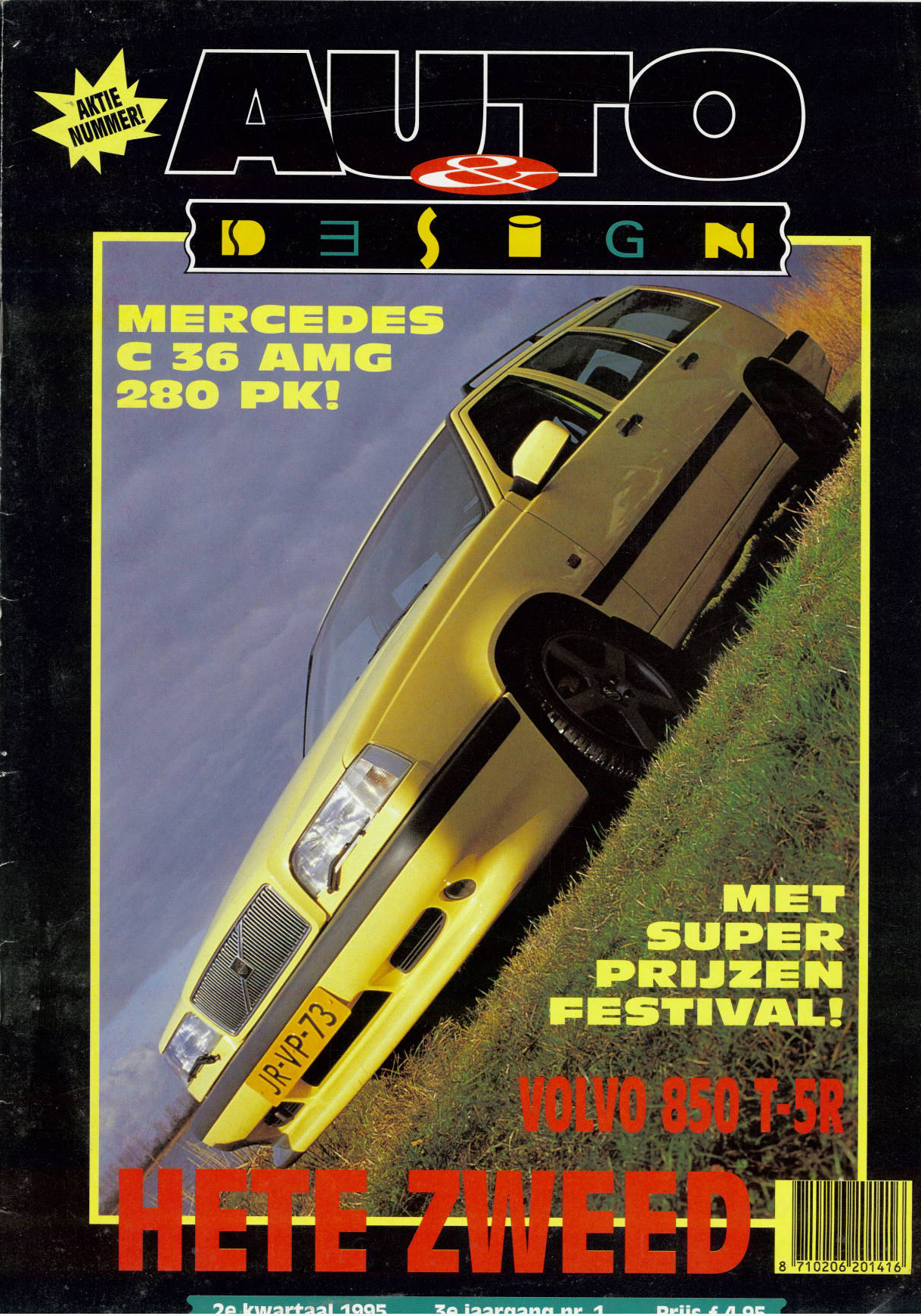 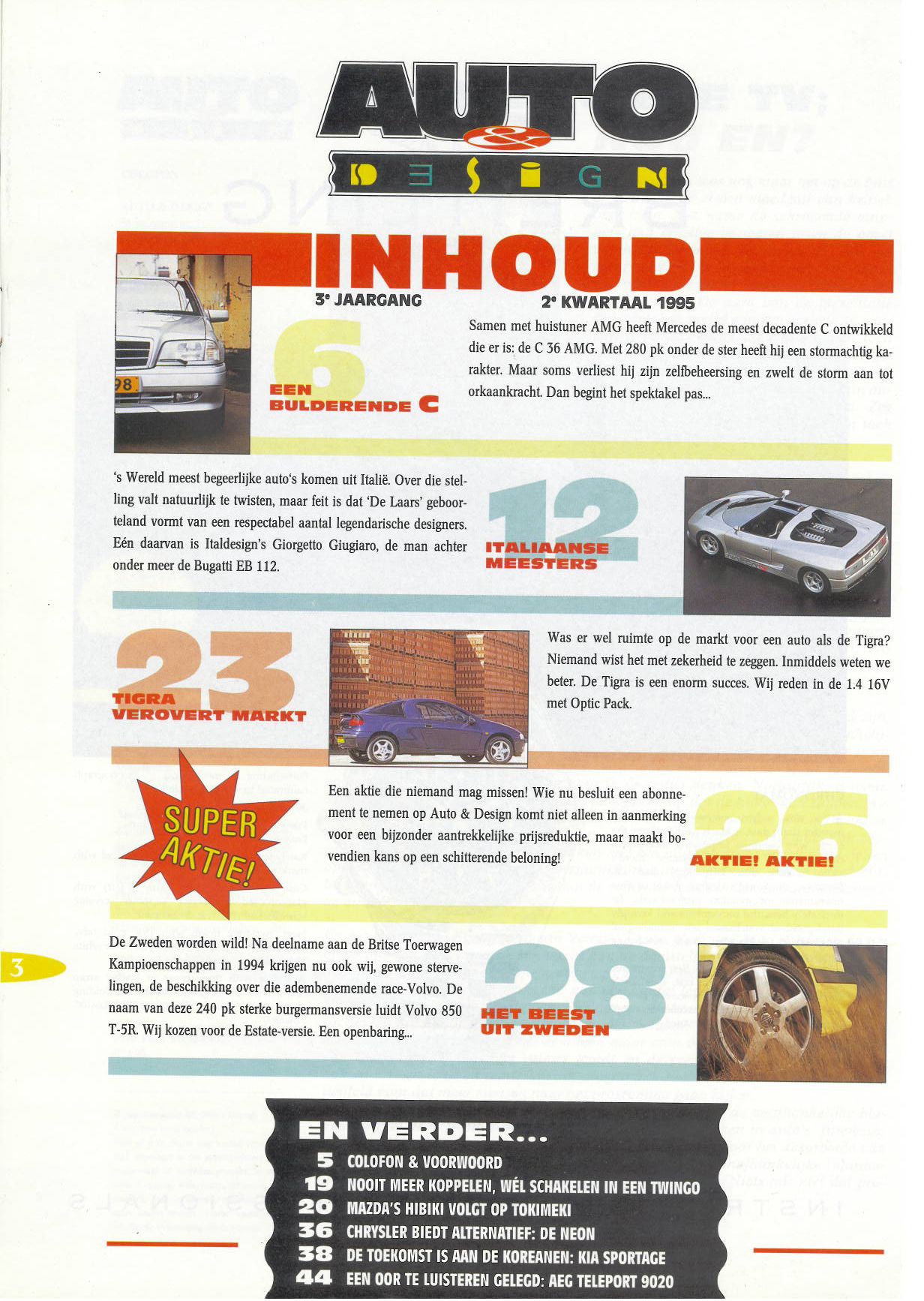 The Swedes are getting wild! After participation in the British Touring Car Champions in 1994 now for us, mortals, the stunning race Volvo is available. The name of this 240Bhp civilian version is Volvo 850 T-5R. We choose the estate version. A revelation… 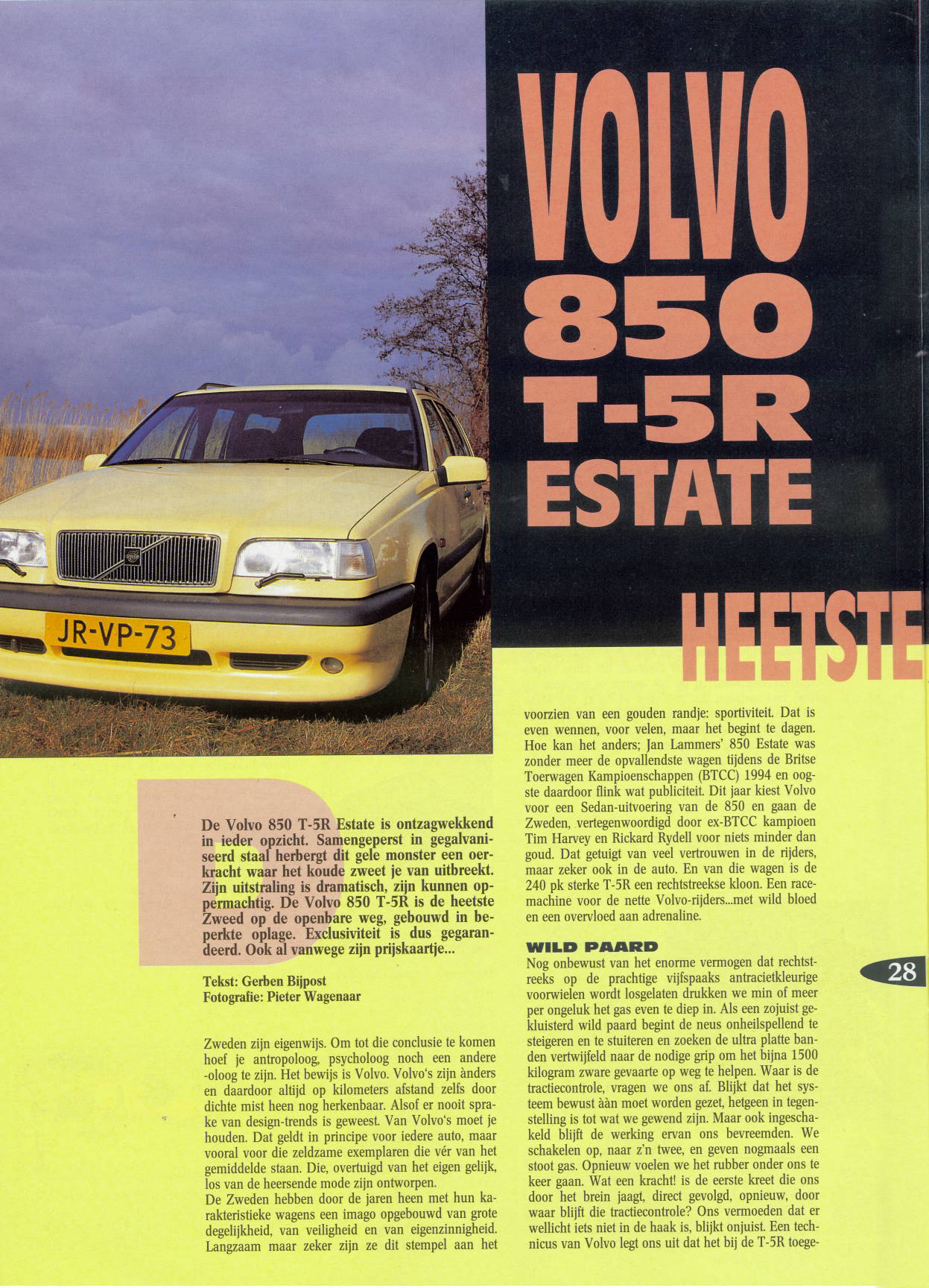 The Volvo 850 T-5R Estate is overwhelming in each way. Pressed in galvanized steel this yellow monster has a primeval force of which cold sweat breaks out. It’s charisma is dramatic, it’s potential almighty. The Volvo 850 T-5R is the hottest Swede on the public roads, build in limited numbers. Exclusivity guaranteed. Also by it’s pricetag…
Text: Gerben Bijpost
Fotography: Pieter Wagenaar

The Swedes are obstinate. To conclude that you don’t need to be an antropologist, a psychologist or some other -logist. Volvo is the prove. Volvo’s are different and for that reason, even through thick fog, always recognizable. If there never has been a desing-trend. You must love Volvo’s. In principle, that goes for every car, but special for those rare items that are far from average. Those that were, convinced of their own rightness, were developed away from the actual mode.
Through the years the Swedes build with their cars an image of solidness, safety and intractability. Slowly they are adding this image with a small gold rim: sportivity. We have to get used to it, but we will. Off course: the 850 estate for Jan Lammers was above all the most remarkable car during the British Touring Car Champignonships (BTCC) 1994 and because of that got lots of publicity. This year Volvo chooses the sedan and the Swedes, represented by former BTCC champignon Tim Harvey and Rickard Rydell, aim for the gold. That means a lot of confidence in the drivers, but also in the cars. And from that cars the 240Bhp T-5R is a direct clone. A race machine for sofisticated Volvo drivers.. with wild blood and loads of adrenaline.

WILD HORSE
Unaware of the enormeous power that directly went to the fivespoke anthracite coloured front wheels accidentaly we pressed the gaspedal a bit too deep.
[more to come] 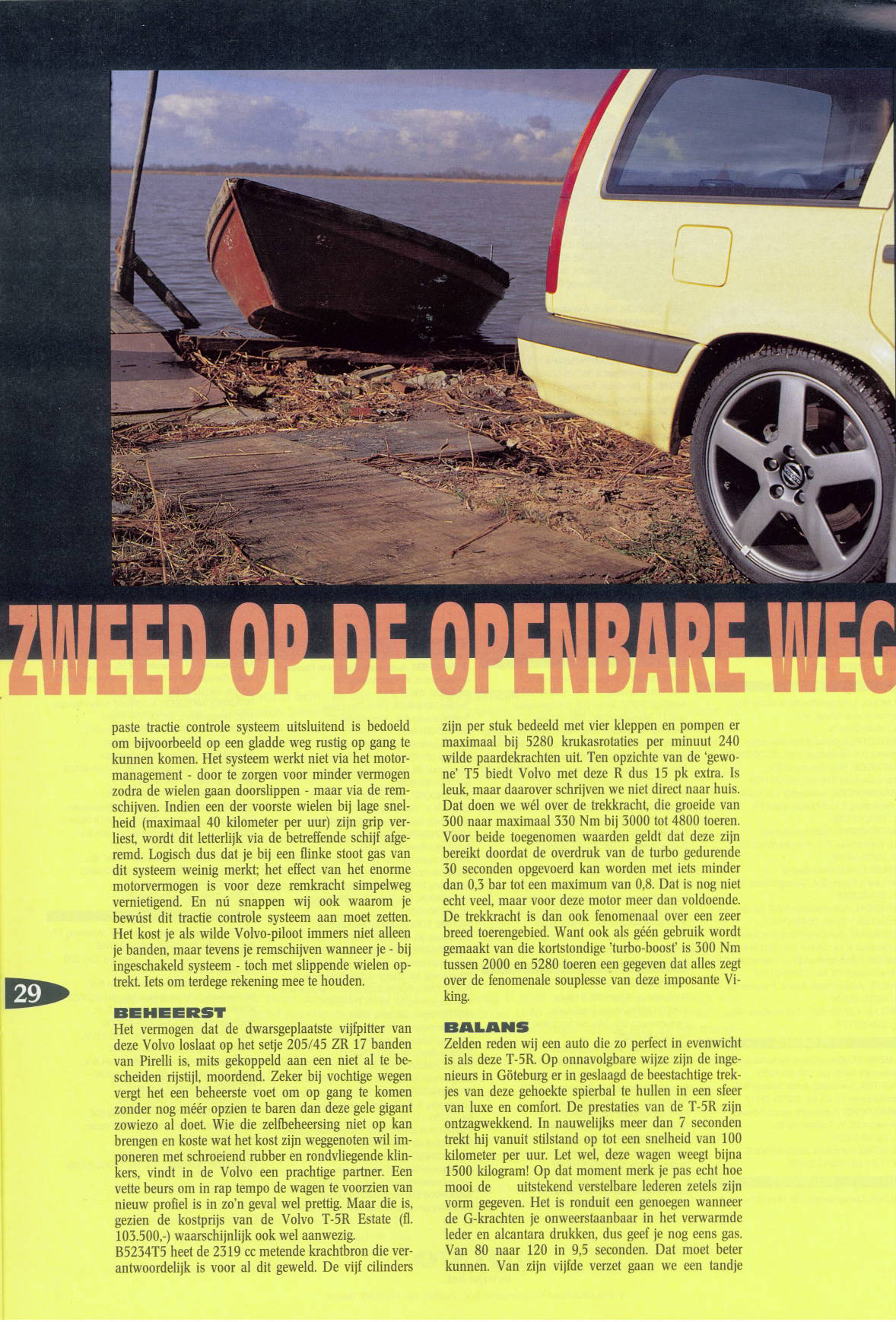 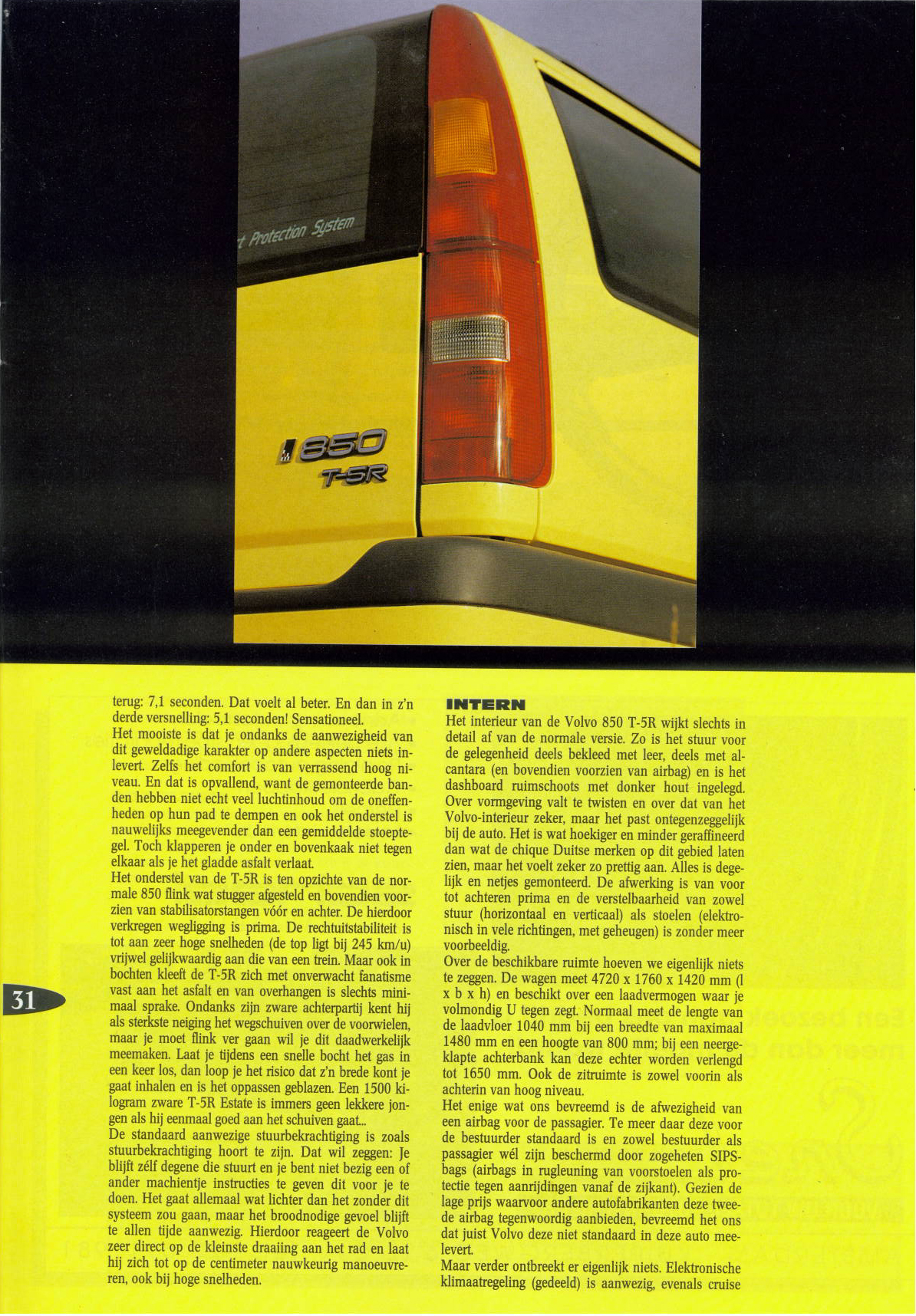 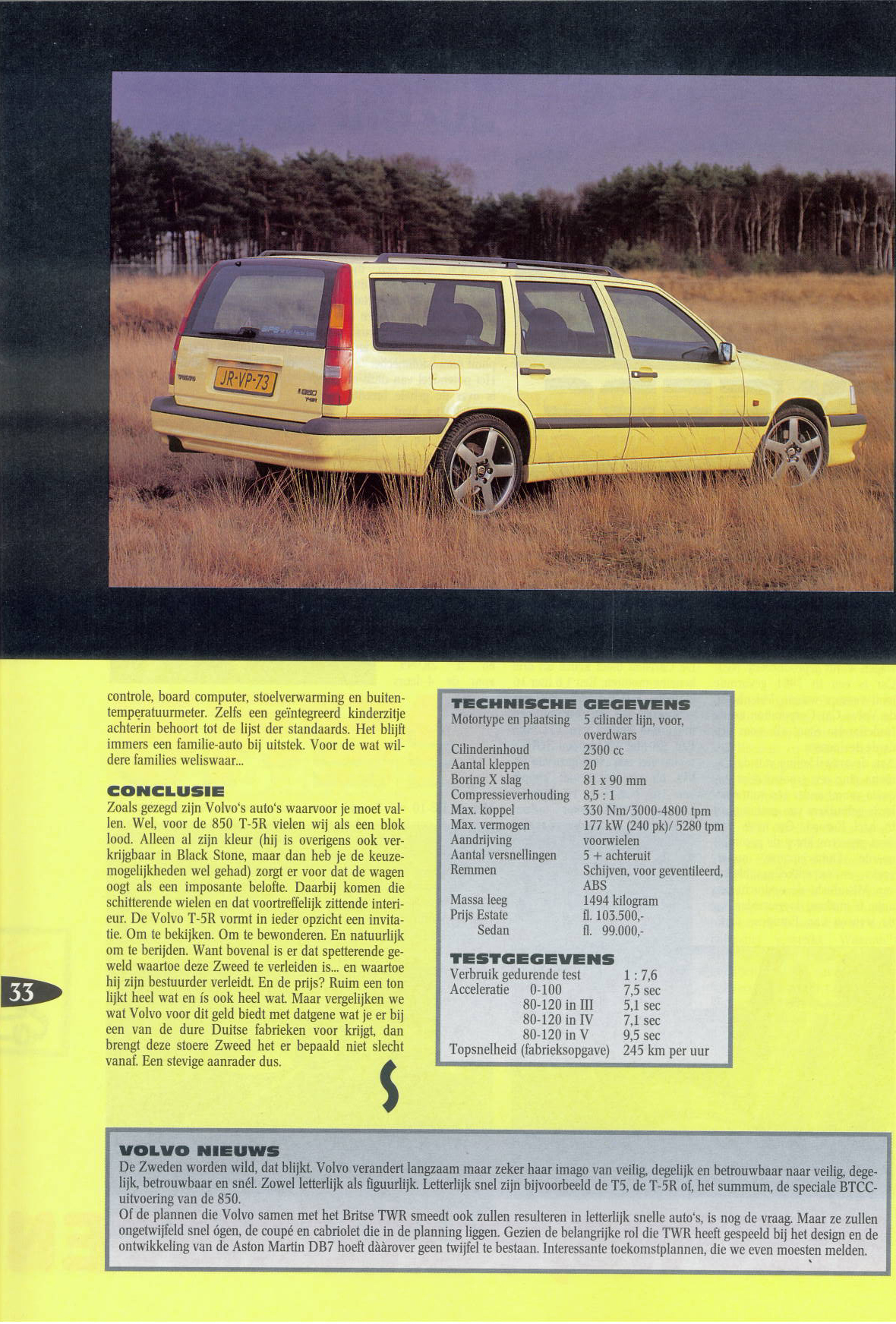 According to a dutch registration database, the car was registered as a Green/Grey car and it doesn’t exist anymore. The last word on this overview “gedemonteerd” means demolished.